MARY AND THE GODDESS OF EPHESUS: The Continued Life of the Mother of Jesus 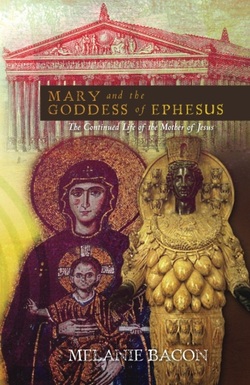 Discover a fascinating, provocative, and illuminating new theory of how Christianity developed in the historical novel MARY AND THE GODDESS OF EPHESUS: THE CONTINUED LIFE OF THE MOTHER OF JESUS by Melanie Bacon. A former seminarian and researcher, Bacon focuses on the little known tradition that Mary, after the death of her Jesus, spent most of her adult life in a community dedicated to the worship of the goddess Artemis. But when the apostle Paul arrives and preaches that her crucified son is the Son of God, Mary is torn between her role in the burgeoning new religion, her dedication to the Jewish Diaspora community, and her affection and respect for the followers of Artemis. Is Mary’s subsequent deification a conscious effort by the Church to supplant the veneration of a pagan goddess with a Christian substitute? The reader is witness to a grieving Mary who is virtually powerless, but who gradually comes to know her own power—and to understand the divinity of her son. As she transforms from a simple Jewish mother to the adored Mother of God, Mary finds her strength and changes the world around her.

Beautifully written and told with warmth and insight, MARY AND THE GODDESS OF EPHESUS introduces the reader to a seldom seen or experienced world —the Jewish community of Ephesus. Anyone interested in Greco-Roman history, Judaism, Christianity, mythology, or ancient mystery schools will be fascinated by this stunning historical novel.